Filed under:
XCOM: Enemy Unknown developer Firaxis Games released the strategy title’s first add-on, the Slingshot Content Pack, last month. For its next piece of content, Second Wave, the studio wanted to do something different — something “for the fans,” according to lead producer Garth DeAngelis.
Lead designer Jake Solomon called the Slingshot DLC new content, but explained Second Wave as an addition to Enemy Unknown that “requires a little more engineering work” and more development time. Speaking in a phone interview conducted last week, the two development heads characterized Second Wave, which will be released for free today, Jan. 8, as an update that will encourage Enemy Unknown players to sink ever more hours into the game.
“We really want to allow people to get more replayability out of XCOM,” said Solomon, who also noted that a core philosophy of Firaxis Games as a company is giving players “value for their dollar.”
To that end, Second Wave introduces 16 game-altering options to Enemy Unknown that allow players to further customize their play experience beyond Iron Man mode and the existing difficulty settings (the last four options are unlocked only when the game is completed on Impossible difficulty):
Second Wave will encourage players to sink ever more hours into the game
“There’s kind of a tough jump between Normal difficulty and Classic difficulty, and there is the Iron Man mode above that,” Solomon pointed out. The Second Wave options “take what we view to be the essence of XCOM and push it further,” he explained. Some of them hew closer to the original X-COM: UFO Defense experience; some of them simply change things up; and some of them make Enemy Unknown more unpredictable or challenging. At least one, Marathon, is a specific response to a request from fans for longer games.
According to DeAngelis, the toggle-able tweaks came out of “Mutator Fridays,” a regular event during Enemy Unknown‘s development in which members of the Firaxis team came up with modifications to the game experience. When the question of whether to include the options in the final game came up, DeAngelis knew that the developers didn’t have time to implement them before launch.
I also wondered about why they wanted to add the options at all. I interviewed Solomon when 2K Games first unveiled Enemy Unknown last February, and it was clear that he and the team at Firaxis had a unified vision for updating the celebrated, classic XCOM experience for modern audiences. Might these changes take away from that, and threaten to upset the game’s delicate balance?
As it happens, DeAngelis pointed that out when the team brought up the possibility of implementing the tweaks, according to Solomon. He said DeAngelis raised a point along the lines of “we … worked so hard on balance, and now we’re throwing it out the window.”
DeAngelis affirmed Solomon’s recollection, saying there was a feeling that the options “could risk toppling the tower that [the team had] built.” And Solomon noted that the modifications could be balanced individually, but acknowledged that “there’s no way to balance the mixing and matching of these elements.” 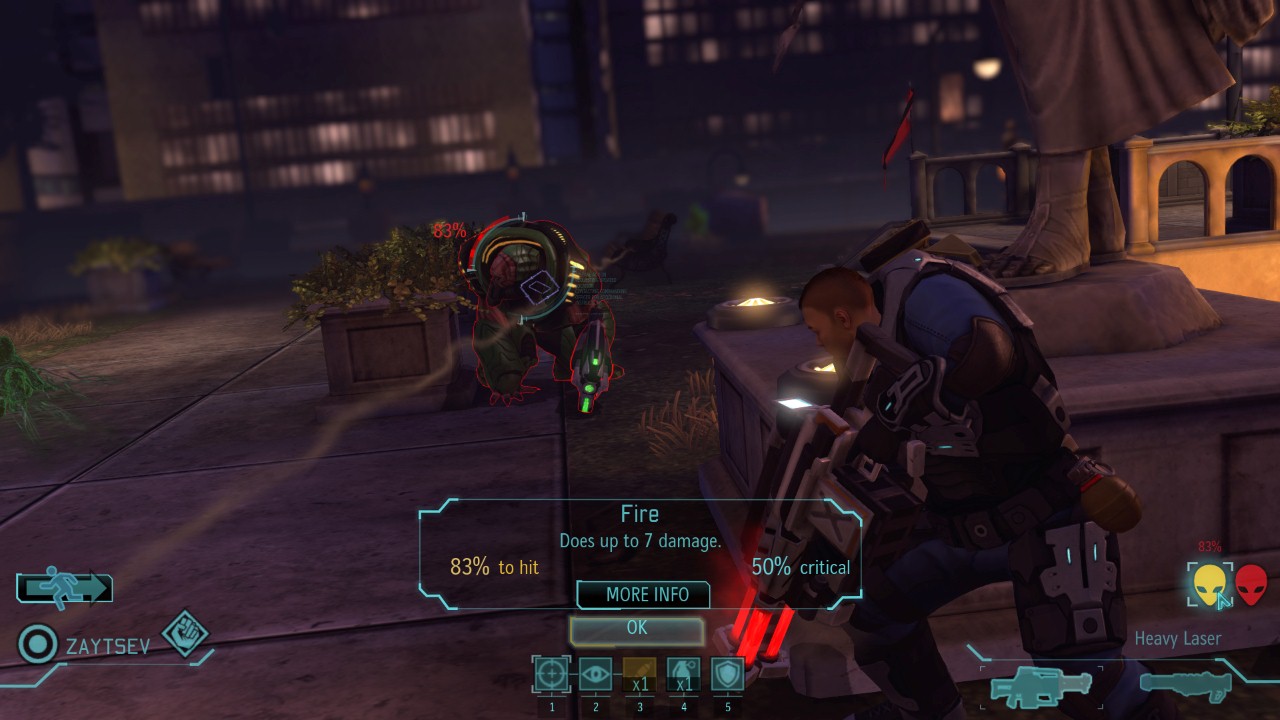