At least, that’s the question the marketing for the game poses to you. In reality, the game itself – if we can even call it a ‘game’ – asks nothing of you other than to explore a library of film clippings. Starting with just one clip, you’ll rewind, fast-forward and scrub through them, finding interesting screens and clicking on items of interest. Clicking on an item will take you to a new clip, and it’s there your journey through the mysterious world of Immortality will begin.
Immortality is presented as an archive of footage from three movies starring Marissa Marcel which never got released. There’s 1968’s ‘Ambrosio’, an adaptation of Matthew Gregory Lewis’ The Monk; 1970’s ‘Minsky’, a thriller about a muse who kills her artist; and 1999’s ‘Two of Everything’, a thriller about a pop star and her body double. Exactly what you seek to find out is, ultimately, down to you. You’re now the director and the editor of your own experience, tasked with seeking footage and trying to make sense of everything. But you’ll likely want to know why none of the films were released. And, indeed, what did happen to Marissa Marcel.
Finding out anything isn’t easy, however. Immortality feels very different from Sam Barlow’s other works, namely Her Story and Telling Lies. All games share a commonality of searching through footage to find an answer, but the previous two relied on text searching; players would input keywords to bring up new video clips. Here, there’s not an on-screen keyboard to be seen. The only way to jump between clips in Immortality is by clicking on an object that interests you.
Clicking on Marissa’s face, for example, will take you to another clip with her face. Clicking on a key may take you to another scene featuring a key. Or a couple kissing may link to another on-screen kiss. The links aren’t always so obvious, so where you end up is a bit of a mystery. And, before you find something meaningful, you’re likely to end up watching the same clips again and again. 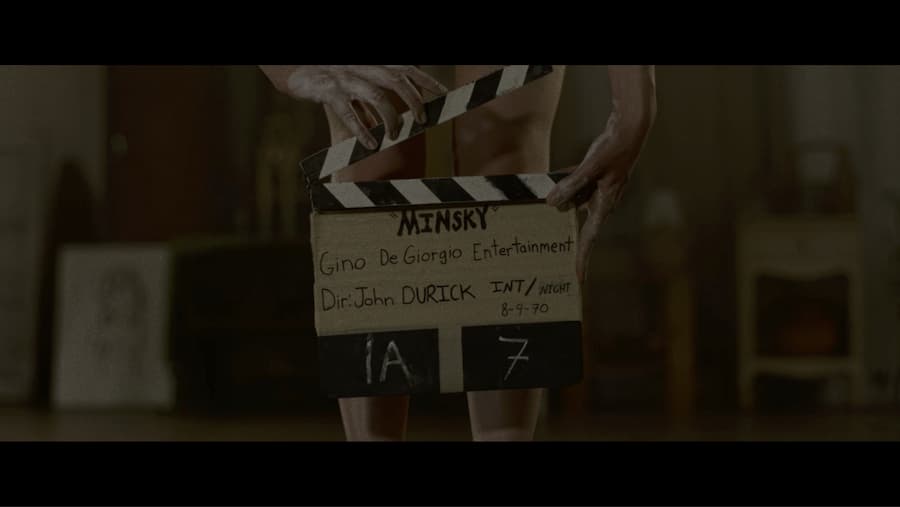 The archive is made up of over 200 clips, but it’s unlikely you’ll find them all before you see Immortality‘s credits roll. Along with raw footage from the three movies, you’ll also find screen tests, script rehearsals, candid recordings of the actors involved and the odd related TV spot. Some clips may only be a few seconds long; others several minutes. You might not find them all interesting: clips from Ambrosio really do feel like a religiously-charged picture from the 1960s. But Two of Everything, on the other hand, feels like the sort of thriller we could imagine ourselves sitting down to watch with a tub of popcorn.
Related: The Best FMV Games You Really Should Play
But you can’t. These aren’t real films, no matter how well Barlow has managed to craft them to seem believable. Even if they were, they’re unfinished and exist only in the archive that Immortality presents you with. That’s probably the most stand-out feature of Immortality: just how incredibly well it has been produced, and how believable it is as a true piece of cinematic history. In terms of production values, it surpasses anything that we’ve seen in the FMV genre so far. The acting is second to none and you can forgive yourself from occasionally forgetting where you are and what you’re viewing. It is all too easy to question that maybe, just maybe, these films are real, and you really are watching archival footage from 40 years ago.

They’re not, of course, and when Immortality‘s real crux shows its face, everything you’ve considered up until that point will be thrown out of the window. This isn’t the game – sorry, the experience – you thought it was. But what exactly is it? We couldn’t possibly put it into words. After spending almost a dozen hours with it and seeing the credits roll a day ago, we’re still asking ourselves questions and trying to piece together all that we’ve seen. If you’ve played Barlow’s previous games, you probably should expect that it’s not going to spell anything out for you. But Immortality is far more obtuse than what came before it.
The first time you encounter Immortality‘s hidden core – to say more than that will be to spoil the experience for you – you’ll be left completely dumbfounded. That level of confusion will likely stay with you for several hours, and even when you do find some clarity – or should that be ‘if’ – you’ll still be left with questions. Is that a bad thing? Not necessarily; Sam Barlow trusts his audience enough to, ultimately, draw their own conclusions. But the reality is it doesn’t always make for the most enjoyable experience.
Despite its incredible production values, and the fact that it’s absolutely laced with intrigue, the experience of playing Immortality leaves something to be desired. Sitting through a minutes-long movie scene with no context, or a static recording of a script reading, can be boring. And watching the same clips again and again – whether because you ended up there accidentally or because you choose to go back in case you missed something the first time – takes its toll. Really, the most interesting aspects of Immortality‘s library of clips are the candid moments – the odd glimpses of the actors as themselves, the camera pointing at the director for a change. Maybe it’s in those where you’ll find the answers you seek. Maybe. But they’re far and few between, and to find them, you’ve got to scrub through a lot of superfluous material first. 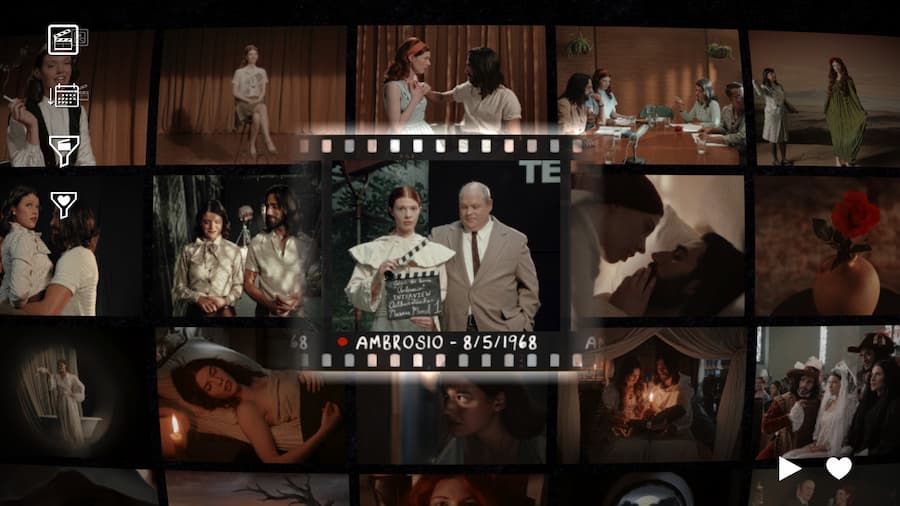 The fact that you’re often seeing actors playing actors means it’s hard to get to know – and therefore care – for the characters that Immortality presents. Do we even really care what happened to Marissa Marcel when we barely know her as a person? She may be the face of the experience, but there’s more to Immortality than Marissa. She has co-stars, directors and castmates, all of whom are intrinsic to the experience. But we barely know any of them, either. Separating the characters from the actors they play is difficult – but then, perhaps that’s the whole point.
What you’ll end up taking away from Immortality is going to be unique to your experience. The conclusions you draw will be the subject of conversations with friends for days, even weeks, to come. It surprises just as often as it confounds, and that in itself makes this a rather extraordinary experience. It’s also perhaps one of the purest examples of video games as art we’ve seen to date: a piece of art about artists. Does that make for an enjoyable experience? Not always. At times it’s drawn-out, boring, a chore, even, as you obsess over every bit of footage available to you. But are we glad we’ve played it? Absolutely.

How To Verify If COVID-19 Vaccine Certificate Is Real Or Fake: Step By Step Guide – Indiatimes.com

Best waterproof fitness trackers: Swim with your tracker in 2022 – Mashable